In August 2022, consumers from Delaware filed 1064 complaints about phone calls and text messages, up 5% from the previous month.

Total Number of Complaints from Delaware

Data show, that last month 37% of the Delaware consumer complaints received by the Federal Trade Commission were about a recorded message or robocall.

Top 10 most complained about phone numbers and the number of complaints they received from Delaware in August 2022:

Phone numbers starting with the Delaware area code that received the biggest number of searches during the last 24 hours:

Browse other phone numbers starting with the Delaware area code: 302. 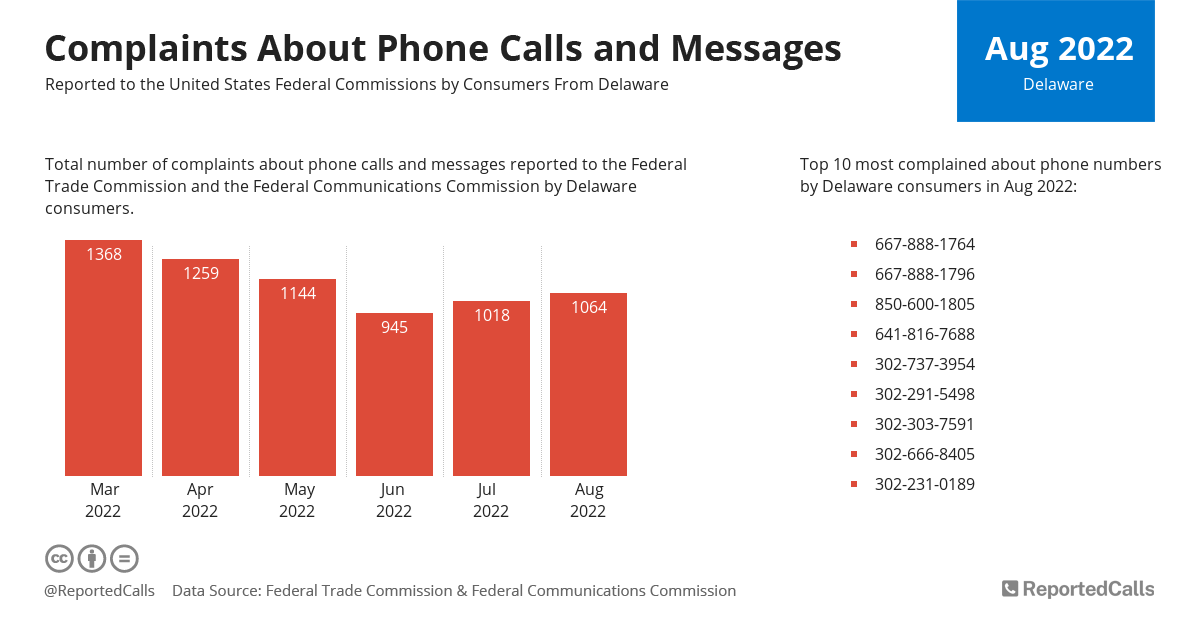 URL to be used as a reference link:
https://www.reportedcalls.com/delaware