Complaints about 603-521-3400 received by the United States federal commissions:


The source of these is vicious. Hammering my phone every 7 to 20 minutes. They also use a revolving random caller ID system. The caller ID number is different every time and means nothing. It's always formatted to look like a local call. I wish I could visit these people and injure them very badly.


Received at least 16 calls from Apple Inc 603-521-3400 today in a 4 hour period. Saying someone had hacked by Apple icloud. After the 13th call I pickup and pushed #1 button to talk to a person and told them to STOP calling me. The person I talked to had a heavy accent. Told me my icloud had been hacked from someone abroad wanting to get my identity. He eventually wanted me to get on my computer to access it and walk me through what he needed to find out who or how it had been hacked. When I refused he said they would not be able to protect my on-line banking. Told him I don't do online banking and then I hung up. After I hung up they called several times more so we unplugged all our phones. The silence is wonderful.


this ficticious scam automated number keeps calling when I do not even have an apple account!


I received two call today hearing a recording muffled and not understandable and I Do not have an Apple account like the Call suggest I have . Fraud in my Opinion !!


Called twice today - Sunday May 19, 2019. I thought robo-callers and telemarketers were restricted from calling on Sundays and after 9:00 pm. This is a computer repair service. and they want access to your personal computer. BEWARE!


Robo call came on answering machine so I answered it and tried to press a button to dismiss the call. When I did this a foreign male came online to ask if I had an Apple device and that it had been compromised. Told him that I did not have such a device. He then wanted me to access my laptop or computer, I told him that no one is going to have access to my personal computers and told him that I was hanging up. Hung Up!!!! Beware!!!!!!

NEW HAMPSHIRE location on the map: 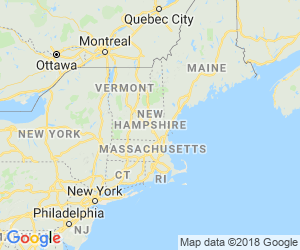