Complaints about 202-503-9456 received by the United States federal commissions:

Said i received a grant for 9k. since I applied for a grant earlier in the year I have to say the call got my interest. I already knew it was a scam when he said it was a grant cause I have no criminal record, and i pay my taxes and bills on time... WRRROOOOONNNNGGGGG!! So not me! so I asked what was the name of the grant, couldnt answer me, just repeated the same info over and over. So I said well thank you, however that is not the correct grant name! He said What? I said yes I work for the US GOVERNMENT GRANTS DEPT. AND the grant you said i was awarded was the F.A.B. Grant. He said F.A.B? I said yes you FAKE ASS BITCH! He hung up...LMAO


All I had to do was google the number while I was on the phone with this idiot. I decided to have my own little fun and play along. Bug then I couldn’t take if. I told her it’s people like her that need to go tell hell etc. let’s just say she held up the act for awhile until she got angry back and hung up. It just scares me with how much info they have on you. Full name. Zip code. Hopefully they get shut down before an innocent person is taken advantage of


This place called me today and just like everyone above me, this woman was hard to understand and guaranteed me a $9,000 grant but I had to send $100. When I told them no, I stayed on the phone and heard them running the same scam in the background. T money is from the US government simply for paying my taxes and bills. These places need to be shut down.


I just got one today too. I knew it was a scam b/c I owe the IRS money and I am def not on time with my bills.


This place called me today and just like everyone above me, this gentleman was hard to understand and guaranteed me a $9,000 grant bu the US government simply for paying my taxes and bills. These places need to be shut down.


Yes, very difficult to understand gentleman said I was selected to receive $9000 grant. I too am currently having financial difficulties, so I thought this was my prayers being answered. WRONG!! Sad that they prey on people who are having troubles.


Do not give them any information. They are trying to trick people into giving them money for a grant from the IRS.


Just like the others who said that they were selected out of 17 thousand other people because of good standing. I would be awarded 9,000 dollars. All I would need to do was visit the nearest western union with my government I.D. card. and the transaction would take no longer than 10 minutes to receive the money in cash. So being a dummy I went. I called the number provided and she asked me for my transaction authorization code. Told her I didn't have on so she transferred my call to a person who gave me the code. I wasn't transferred back, so I called again. This time I was told to purchase a Google play card worth $100 and activate it and to call back. That's when I knew it was BS. so I told her that I didn't have any money on me and wouldn't be able to purchase the card. I was instructed to call friends, family anybody who would let me money and to call her when I have the card in hand. I told her that I would wire her $500 if she would loan me the money. Since I was at the western union it shouldn't be that hard. She said she couldn't, so I upped the game and told her that I would send her $1500. She still wouldn't do it. She had nothing to lose. I said why won't you? you need money to right? That's when she hung up.

DISTRICT OF COLUMBIA location on the map: 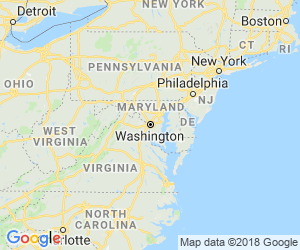